Queen of the Sons of Exile 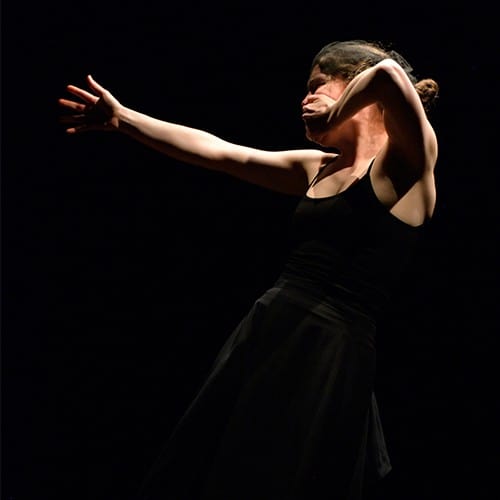 What happens when the scales begin to tip, and love turns to rage?

The ancient Greek tragedy “Medea” is a powerful dramatic journey into the consequences of betrayed love. When Medea’s husband Jason leaves her for another woman, Medea is possessed by the will to revenge, an obsession that ultimately leads her to a terrible act of violence. In this highly physical re-imagining of “Medea” by Dell’Arte’s Second-Year Ensemble, Medea is a betrayed woman and mother without a homeland, alone in a foreign country and threatened with exile. Abandoned by her husband, without political power or a voice in her own and her children’s destiny, this is a Medea who resonates strongly for our time, when waves of refugees displaced by war are met with inhumanity and violence at the hands of powerful nations.

In this culmination of their second year of studies and performances at Dell’Arte, twelve actor-creators from Korea, Denmark, Sweden, Greece, Zimbabwe, India, and the US come together as an ensemble in the heightened and harrowing physical dimension of tragedy. The performance features a 10-person Chorus, an uncanny, deeply effecting physical-vocal phenomenon rarely seen on contemporary stages. The role of Medea will be shared on alternate nights by the Korean actress Jeesun Choi and the Danish actress Anne Kjaer-Waehrens.