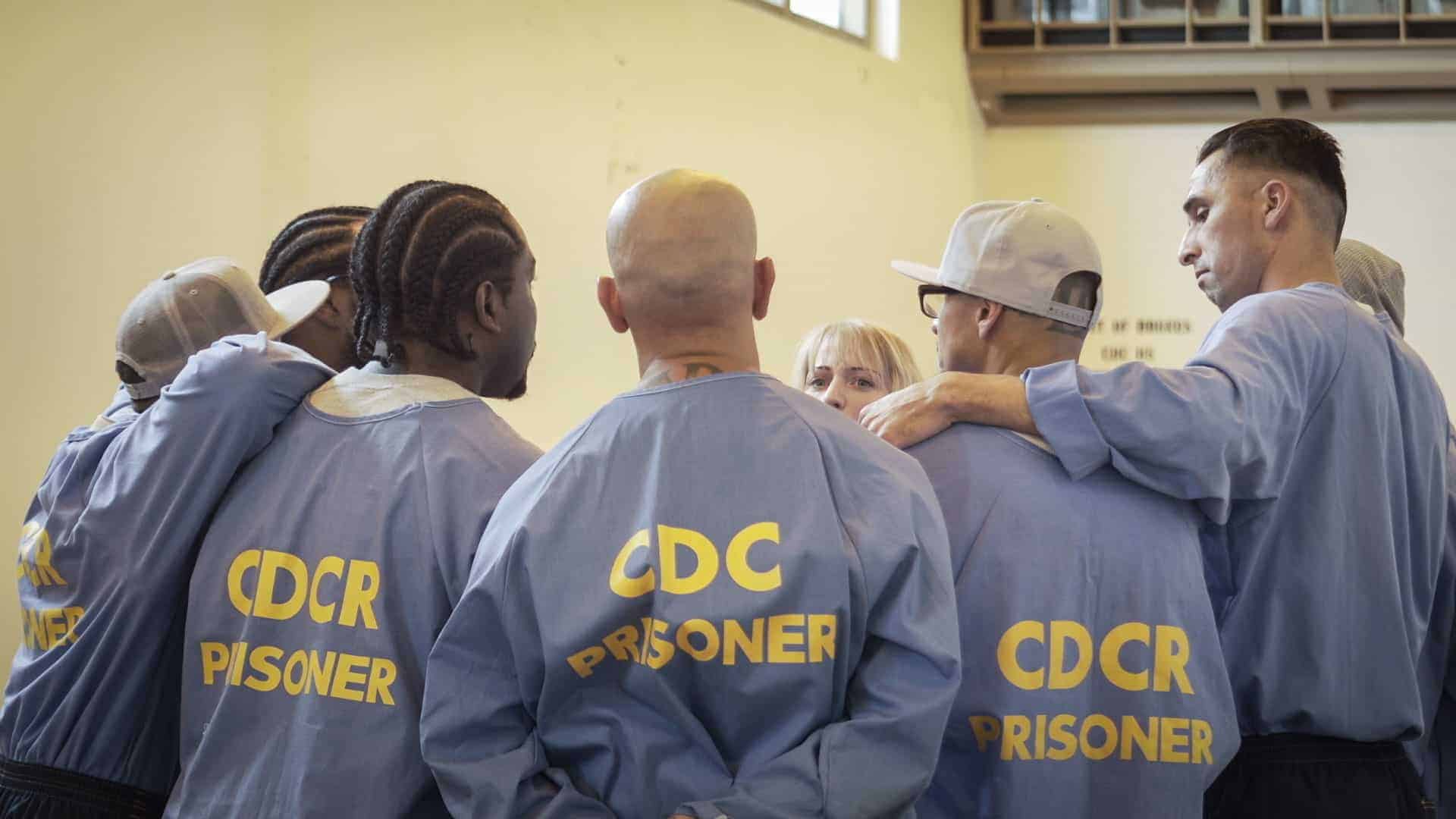 Dell'Arte in partnership with The William James Association

For questions, inquiries, and to participate on our returned citizens committee, please contact Program Director Janessa Johnsrude at janessa@dellarte.com

In partnership with the non-profit William James Association, Dell’Arte offers weekly ensemble theatre classes at Pelican Bay State Prison on all General Population yards throughout the year. Dell’Arte is now in it’s fifth year of engagement at the prison which is supported by the California’s Arts in Corrections Program. This program brings professional artists into prisons to teach their art form to incarcerated people in support of their rehabilitation and education. Through newly established exchanges with Dell’Arte’s MFA students and teaching from invited guest instructors/Dell'Arte Faculty, our incarcerated students have worked with artists from India, Mexico, Israel, Zimbabwe, Sri Lanka, Canada, Guatemala, Spain, England, and the United States.

Students in the Arts in Corrections Theatre Classes at Pelican Bay work in ensemble to explore the creative act of generating theatre through the study of storytelling, character, improvisation, and original play development. Many students have graduated from the program and continue classes as mentors, as courses commence every spring and fall. As programming develops, various ensembles have created original performances for invited public audiences. Several former students that have been released also serve on the Returned Citizens Committee, acting as advisors to the program. 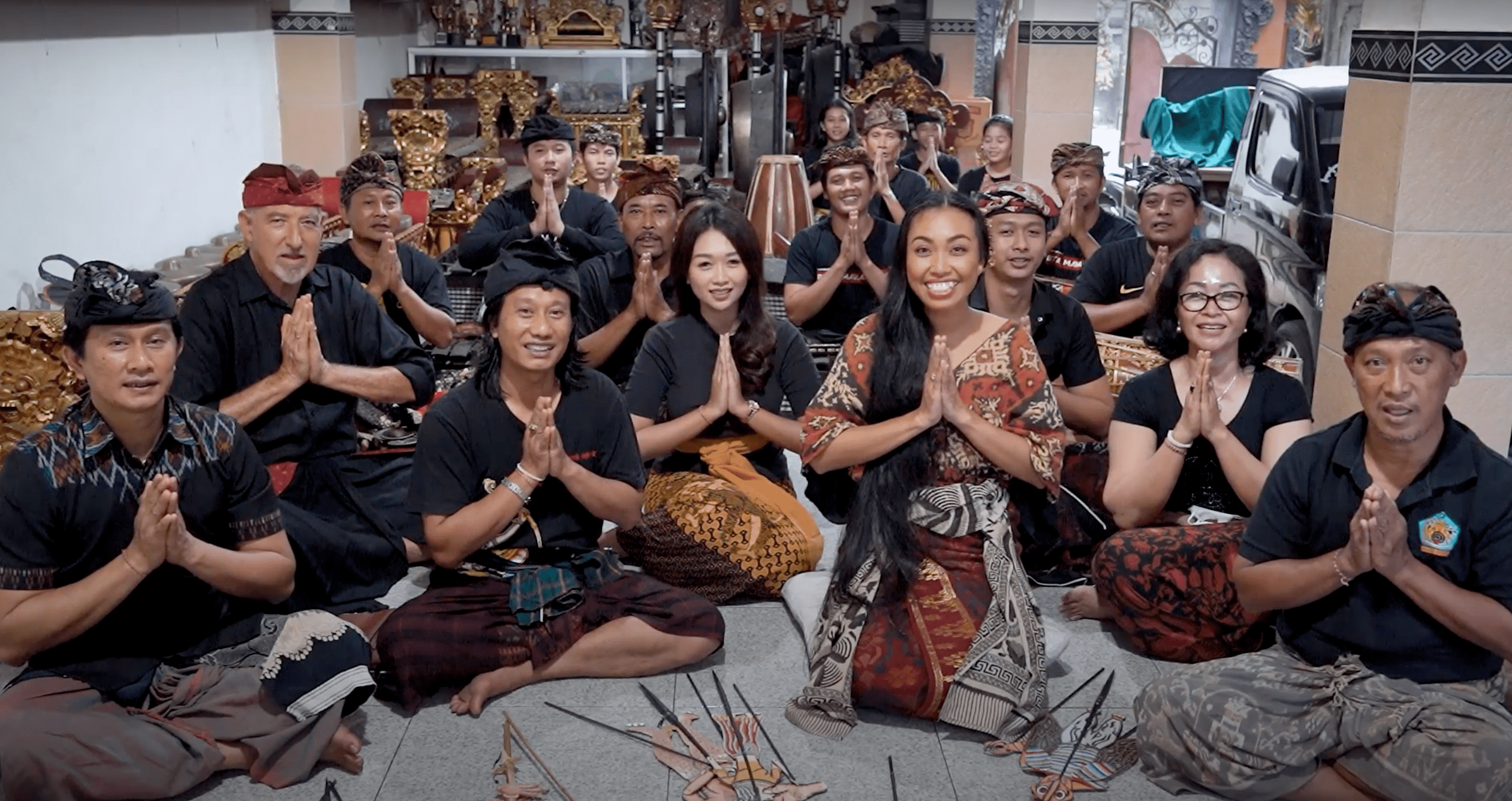 Dell'Arte has begun another year of programming at Pelican Bay State Prison in partnership with the William James Association's Prison Arts Project with funding and support from the California Arts Council and the California Department of Corrections and Rehabilitation. We are excited to continue our work with many talented artists inside Pelican Bay as well as our partnerships with supporting organizations. Our hearts go out to the incarcerated individuals and their families who have been greatly impacted by COVID-19 and we continue to wish them health and light.

In-person programming was halted in the spring of 2020 due to the pandemic. Since then, Dell'Arte has been offering classes through paper packets for participants enrolled in Dell'Arte's Theatre Arts Prison Program. Our engagement this past year has focused on a series of collaborations to create a diverse array of lessons for our participants during the suspension of in-person programming. Program participants began distance learning in an exchange with California-based Playwrights Project and Executive Director Cecelia Kouma to create a playwriting zine called "The Jam" (check it out here), which was distributed to the writers to share with their families and loved ones. In turn, Dell'Arte created packets to exchange with participants as part of the Playwrights Project Out of the Yard Playwriting Program at Centinela State Prison. Participants in each program were given personal feedback and we are overjoyed at the opportunity to have worked with the Playwrights Project and their incredible students!

Dell'Arte was then able to create an international exchange with our Balinese faculty led by Dayu Juni Newman in partnership with Dell'Arte Theatre Arts Prison Program Director Janessa Johnsrude. Normally, Dell'Arte runs a study abroad program in Bali every year. Again, due to the pandemic we were not able to go, but connected with our friends and partners in Indonesia for a different kind of project. Janessa, who also serves as the associate Bali Abroad Program Director, and Juni crafted a series of videos, edited by Malcolm DeSoto, which were broadcast into the institution via the prison's institutional channel and available to anyone with access to a television inside. The videos featured lessons by Juni, Pak Wayan Mardika (Music and Shadow Puppetry), Pak Wija (Shadow Puppetry), Nyoman Setiawan (Mask Carving), Ida Bagus Gustu Wirabumi (Dance), and Ida Bagus Ketut Rajastra aka Gustut and his Kecak crew (Kecak Chanting). Program participants wrote stories and designed shadow puppets, which Pak Wayan Mardika crafted into a gorgeous set of puppets! Long-time Bali Program partner and Bali-based mask maker Newman took on collating a script from the writings and worked with Juni, Pak Wayan Mardika and a team of Balinese artists to produce an original full-on Wayang Kulit (shadow puppetry) show accompanied by a live gamelan orchestra. The show, titled "My Luminous Self" was filmed and broadcast back to participants via the institutional channel. Participants also got copies of the script with images from the show. We are glad to have such incredible friends and faculty in Bali who shared their immense talents and gifts with program artists and for the beautiful work the participants shared with one another through the exchange! The puppets were included in a ceremony in Bali and are awaiting placement in a gallery before they make their way to the U.S. below are images from "My Luminous Self" with puppets designed by program participants and brought to life by our Balinese partners with a live gamelan orchestra. 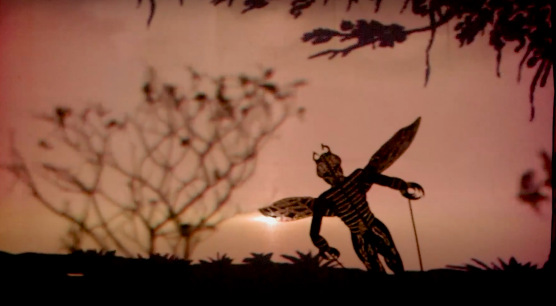 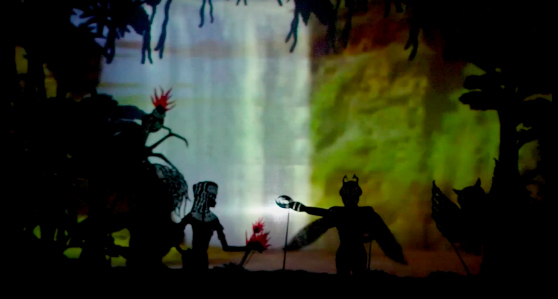 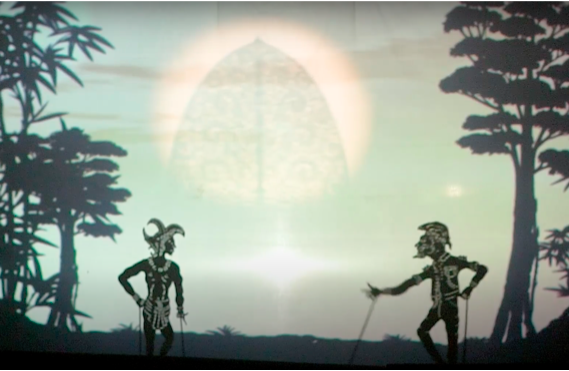 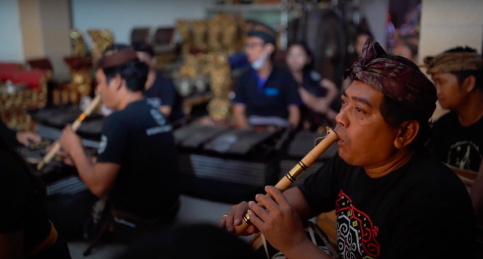 Our program participants then spent the summer months working with a former faculty member and Ecuadorian theatre artist Carlos Gallegos to write solo monologues and were able to see a couple of Carlos's own solo shows via the institutional channel and read a script from his original play "Kaleidoscope Neighborhood". We are hoping to bring Carlos's play into Pelican Bay one day in person! Carlos's expert feedback helped shape participants' writing and allowed them into his personal creative process. 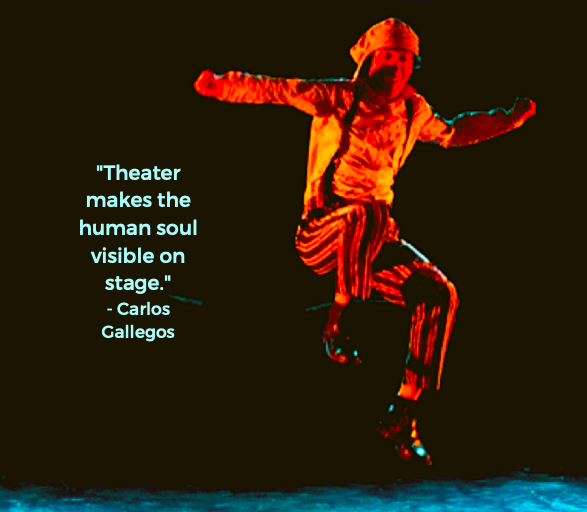 In June of 2022, Zimbabwean artists Cadrick (Khe Khe) Msongelwa and Ronald Sigeca toured to Dell'Arte with their piece award-winning piece "Zandezi", directed by Lloyd Nyikadzino, which tells the story of several men imprisoned in Zimbabwe. During their time in Blue Lake, they began working with Dell'Arte's Andrew De La Pena on a sequel titled "Next". In an exchange event on June 14, these three artists, along with Dell'Arte faculty member Cleo DeOrio, came to Pelican Bay for a day of artistic exchange, a workshop performance of "Next", and seeing pieces created by our program ensembles.

Check out this article from the Lost Coast Outpost about the exchange. Exchanges within Pelican Bay with Dell'Arte artists and guests alike are important to our programming inside and we'd like to thank the community for their support! 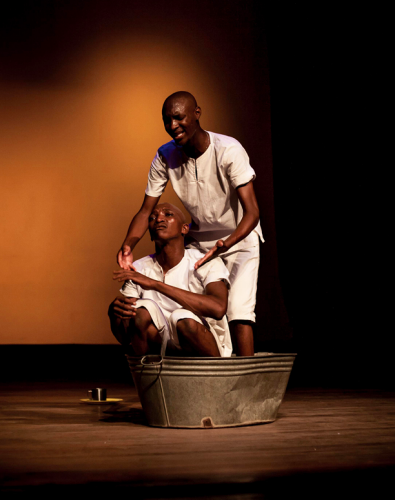 Arts in Pelican Bay State Prison from Dell'Arte on Vimeo.

In 2013, the California Arts Council was able to re-establish the seminal  Arts in Corrections Program, founded William James Association in the late 1970s.

"Arts in Corrections is a partnership between the California Department of Corrections and Rehabilitation (CDCR) and the California Arts Council designed to have a positive impact on the social and emotional well-being of people experiencing incarceration, promoting healing and interpersonal transformation both inside and outside of the boundaries of their institutions."

In 2015, Dell'Arte, in partnership with the William James Association, founded Dell'Arte's Prison Arts Program. We began to work on establishing programming in the spring of 2015 with a desire to provide theatre classes for individuals incarcerated at Pelican Bay State Prison, one of California’s only Maximum Security facilities located just 80 miles north of Blue Lake, in Crescent City. In August 2015, Dell'Arte began engagement inside the prison with one class on the Level 1, or Minimum Security with just four students. Today the program currently serves 45 students in weekly classes, which commence in certificate awards every spring and fall. Our program has reached hundreds of incarcerated individuals throughout the course of its existence.

In December 2019, Dell’Arte in partnership with fellow teaching artists, facilitated the first-ever Arts in Corrections Gala at Pelican Bay State prison in B-Yard, which saw all the Arts in Corrections classes gather in an event to celebrate the incarcerated artists and welcome in a public audience.