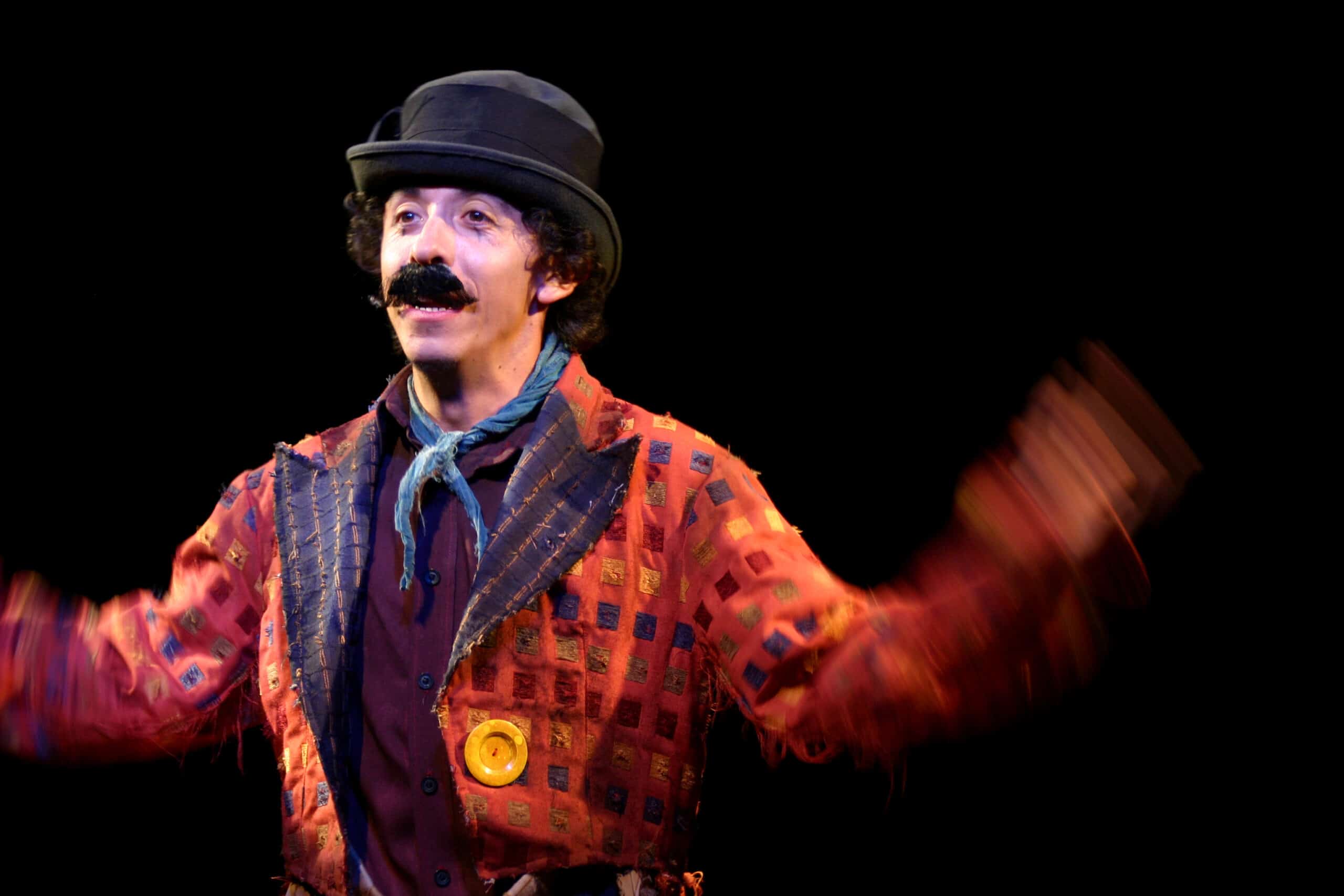 Written and performed by Carlos Gallegos & Directed by Gerson Guerra

SYNOPSIS: Plush doesn’t want to say anything – in fact, he doesn’t say anything.  His life as a circus artist is in decline and elapses into the daily silence that comes from loneliness. Plush says nothing and he does not really do much:  what he does is in permanent conflict with nature and technology. Plush says nothing, he doesn’t really do much except a lot of dreaming.   He dreams of grand oceanic voyages, going far way by sea, away from his miserable home until he finds a paradise island where everything is possible – except the loneliness.

“A show without words but which resonates thousand noises of life and travel”. - RUE DU THEATRE (France) 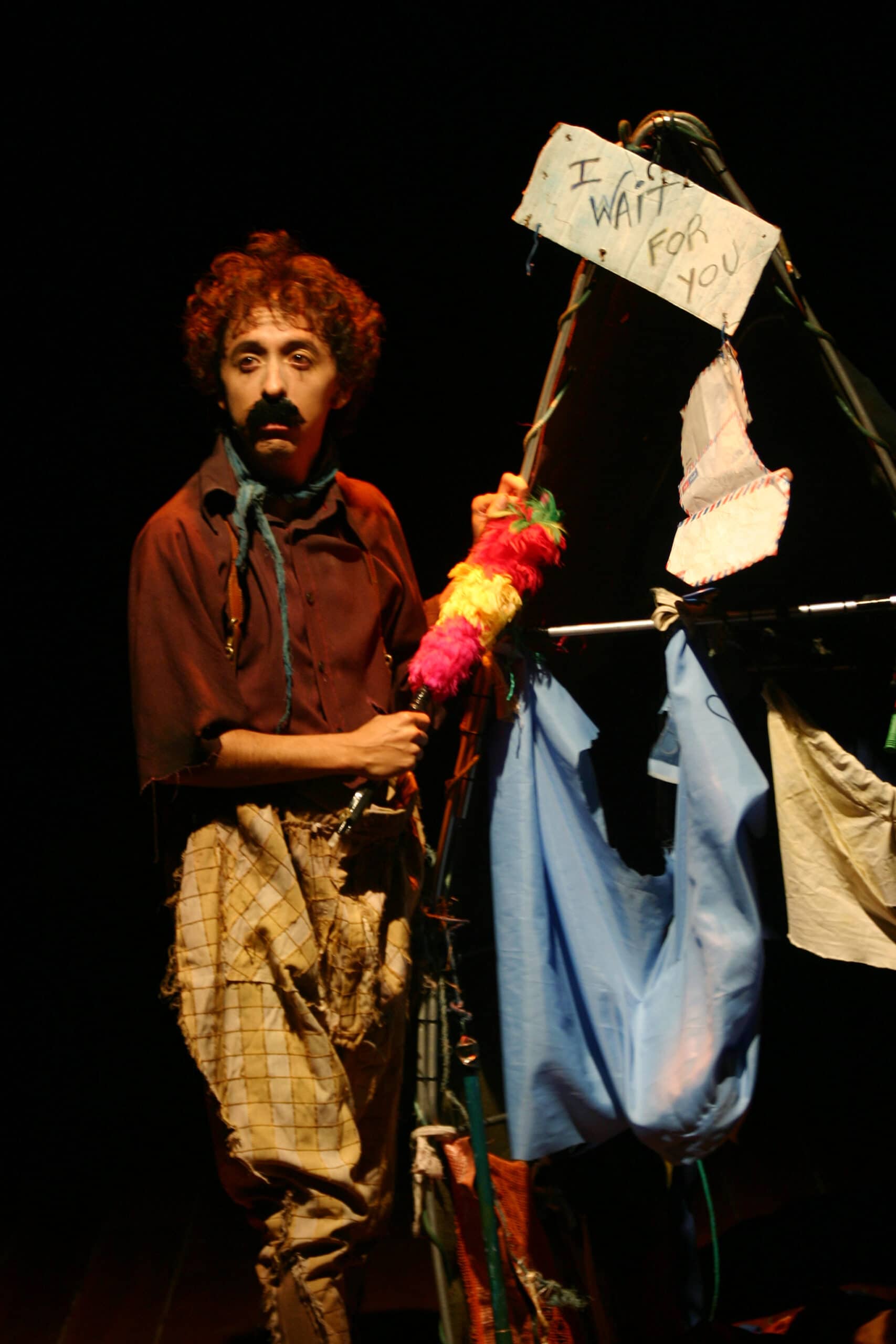 Synopsis: Alfonsito awakes with the intention of going to the store and buying a loaf of bread or two. To achieve this, he must face his multiple and extravagant fears, pretend to be like the others (like the “normal” people), and abandon his meticulously organized but dusty house. He must quickly pass through the empty street avoiding the cynical jokes of his cronies, the melancholy of the street sweepers, and the meeting with his compatriot, Magalita the Machiavellian. But above all, he must avoid the pounding of his heart each time he receives his bread bag.

“Melancholic humor that harkens back to Charlie Chaplin, with a wink to the ‘poor theatre’ of Grotowski, and constant nods to the absurdities of Beckett”. - KIELER NACHRICHTEN (Germany)

“The public was overwhelmed by the true poetry of Carlos Gallegos show”. - FREQUENCE MISTRAL (France)

“A gem of intellectual finesse and gestural precision…It’s all about the incredible accuracy of Gallegos’ interpretation.  A great lesson in theater”. - LE CLOU DANS LA PLANCHE (France) 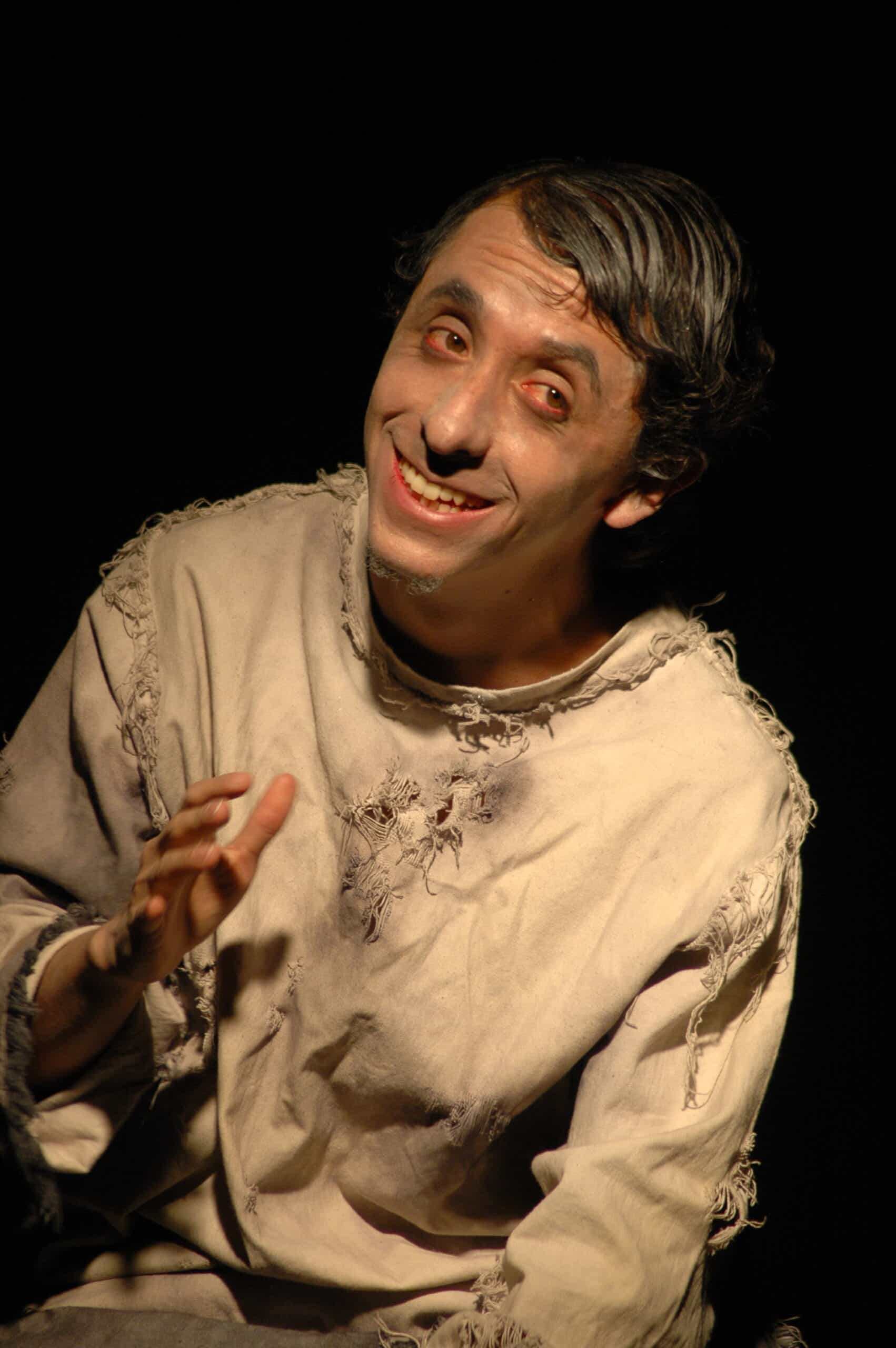 Carlos Gallegos is an actor, teacher, playwright and theater director. He studied in the United States (Dell’Arte International School), France (Jacques Lecoq International School and Le Samovar Clown School) and Ecuador (Malayerba School and Teatro del Cronopio) among others. In 2002, after working with several companies combining theater, circus and physical theater, he founded Teatro de la Vuelta. For seven years he performed the solo project "Around the world in 80 months". He has performed, directed and taught theater on five continents. Currently,  he teaches at Dell' Arte International School of Physical Theatre.