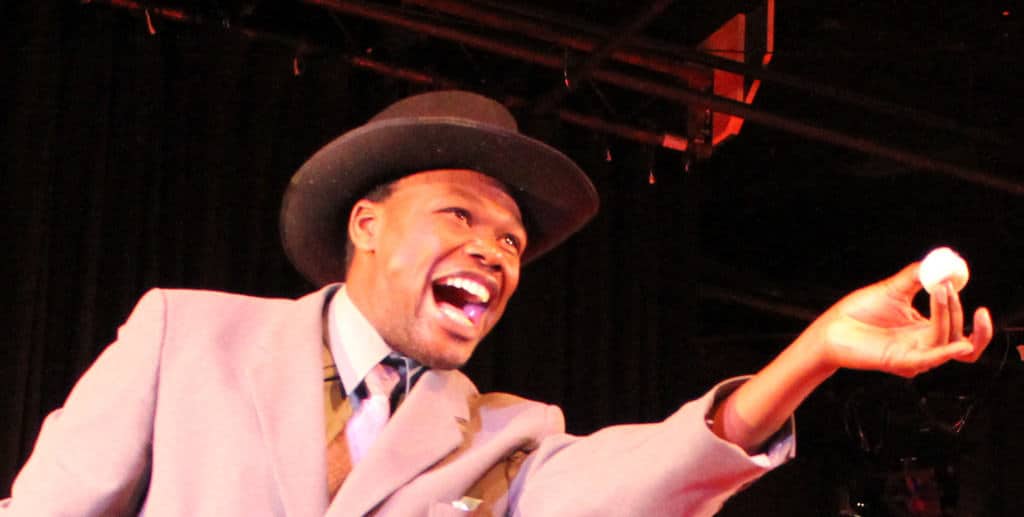 Tafadzwa Bob Mutumbi of Chitungwiza, Zimbabwe came to the Dell’Arte International School of Physical Theatre (PTP) last October as a student in the one-year Professional Training Program (PTP). He graduated from the PTP in June of 2015.

Because of his exceptional talent as an actor and theatre-maker, and because of the lack of available financial resources in his home country, Tafadzwa Bob Mutumbi has been awarded Dell’Arte’s Merit and Need Advanced International Scholarship, so as to enable him to continue his theatre education at the Dell’Arte. The Scholarship will fund Tafadzwa’s tuition in the Advanced Ensemble Program at Dell’Arte for the next two years.

As a citizen of Zimbabwe, Tafadzwa is ineligible for traditional financial aid or to work while in the States. In order to accept a scholarship and complete his theatre training, Tafadzwa needs to raise enough money to cover his living expenses in the US for the next two years: Dell’Arte, Bob and his ensemble-mates are launching an Indiegogo campaign to meet this need.