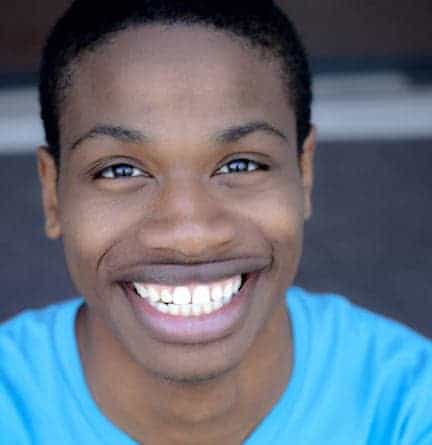 Dell’Arte International School of Physical Theatre participated in each Kennedy Center American College Theater Festival (KCACTF) region throughout the country in 2017. Dell’Arte faculty lead workshops, responded to devised initiatives, and served as selectors for the Irene Ryan Scholarship. This marks Dell’Arte’s 10th year of ongoing partnership and participation with KCACTF.

“Started in 1969 by Roger L. Stevens, the Kennedy Center’s founding chairman, the Kennedy Center American College Theater (KCACTF) is a national theater program involving 18,000 students from colleges and universities nationwide which has served as a catalyst in improving the quality of college theater in the United States. ” – KCACTF website.

Faculty member and Associate Director of Admissions, Janessa Johnsrude, travelled to Washington, D.C. in April to teach workshops at the KCACTF National Festival and select a recipient of The Kennedy Center American College Theatre Festival Dell’Arte Summer Intensive Scholarship. The scholarship is made possible through a partnership with the Kennedy Center and awarded annually to an Irene Ryan Acting Contest Finalist. Dell’Arte is happy to announce the scholarship winner for 2017 is University of Oklahoma graduate Donovan Sessions. The Kennedy Center will generously fund Donovan’s tuition, travel, and housing for the SOLD OUT 2017 Dell’Arte Summer Intensive. Congratulations Donovan!

Donovan Session was born in Lubbock, TX, raised in Arlington, TX, and moved to Tulsa, OK at the age of 11. He is a recent graduate of the University of Oklahoma with a Bachelor of Fine Arts in Drama: Acting Emphasis. He believes that the best art is created when people are allowed to explore every aspect of their expanding imagination and are wanting to tell stories that matter. He loves to eat, laugh and make new friends. He is grateful to the American Collegiate Theatre Festival for awarding him this opportunity.