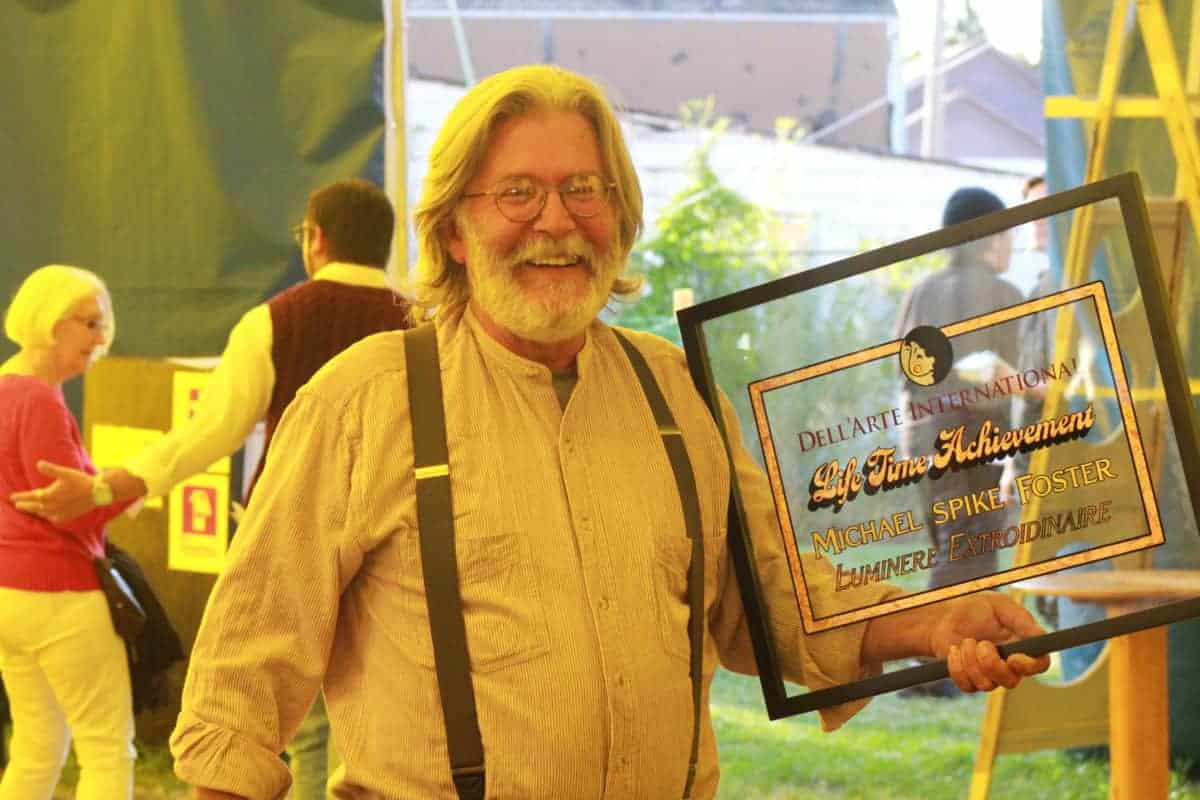 Dell’Arte honored long-term Lighting Designer Michael Foster with a Lifetime Achievement Award on Saturday, June 28. Michael, also known as “spike,” has worked with Dell’Arte for over 30 years, not only designing lights for Company and Festival shows, but also operating the light board for many shows, and assisting hundreds of DAI students with their technical needs. A beloved figure in the local theatre community, spike has also worked for many Humboldt companies including the  Arcata Playhouse, Ferndale Repertory, Redwood Curtain Theatre, Human Nature and others. Tributes were read by School Director Lauren Wilson, co-founder Jane Hill, former production manager Lezley Troxell, current PSM Kaitlyn Samuel Rosin, and Joan Schirle read a salute from David Simpson and Jane Lapiner of Human Nature of Petrolia. The tributes acknowledged not only spike’s prowess as a designer, but his generosity, his willingness to go above and beyond the expected, and his ability to work magic with often-inadequate equipment. A framed glass award was presented to spike by Michael Fields and Lynnie Horrigan, who designed and made the award at her company, Victory Signs. A potluck dinner followed for the 68 friends, fans, and colleagues of this “poet of the lights.”